The Empire Strikes Back! 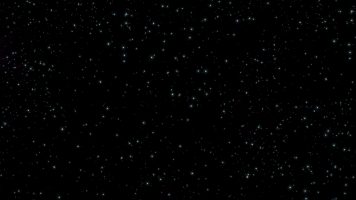 We left off last article with the discovery of a new hope. A financial equivalent of Luke Skywalker! A strategy, that if used properly, could be used as a way to purchase cars, homes, college (without it being held against you by FASFA) and then again as your own personal pension plan.

However, much like when the Empire discovered the existence of Luke Skywalker, causing them to shift their focus and strike back, our government and the banking industry did the same. They began a strike that was two-fold. First, they began a public campaign to change the opinion of the people, displaying it as a tax loophole for the ultra-rich. Ran so successfully, it was brought to congress. This was the second and final part of the strike. They capped the amount an individual was allowed to place into this account, bringing to life the “Modified Endowment Contract” or “MEC.”

See this strategy minimizes your reliance on the banking industry. It has also found a way for your money to grow tax free. Basically, this strategy limits the banks and government! However, with the introduction of the MEC, if an individual goes above the allowed ratio, it’s treated like a qualified plan (your 401K or IRA) bringing the government and banks back in!

This strike against the strategy was the equivalent of the Empire’s attack on the Rebel’s base on the ice planet Hoth. Thinking they had scattered the Rebels, the Empire had thought they won; much like the government and banks. But just like the Empire they thought wrong!

We can help you develop a Crystal Clear Strategy to create wealth, grow your investments and maximize your current financial opportunities.
Learn More

The Power of Investing Webinar

Strategies for Savings: A Round Table Discussion

See all of our free seminars

Investment Advisory Services offered through AlphaStar Capital Management, LLC a SEC Registered Investment Adviser. SEC registration does not constitute an endorsement of the firm by the Commission nor does it indicate that the adviser has attained a particular level of skill or ability. AlphaStar Capital Management, LLC and Crystal Clear Finances are independent entities. The firm only transacts business in states where it is properly registered, or is excluded or exempted from registration requirements. Insurance products and services are offered through individually licensed and appointed agents in various jurisdictions.