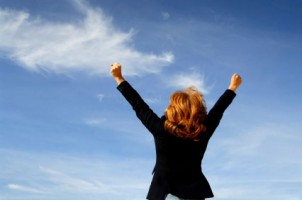 I remember when my son was younger. He wanted to play football. Now he had never played a real game with refs and coaches, to be honest he never really even watched a full game on TV; but he wanted to try it. So my husband and I signed him up for the upcoming season, got him his pads, and made a schedule so we could drop him off and pick him up from all his practices.

Through out his first season he would come home tired and dirty from practice and towards the end, he wanted to quit. He didn’t really understand the game so he didn’t get much playing time. I told him he had to finish the season, that he needed to finish what he started, and then he didn’t have to sign up again. So he continued to go to practices and games until the season ended. The winter passed, the spring started and just like summer, sign ups for the upcoming season was almost here. I could tell that he was conflicted and didn’t know if he wanted to try playing again. When he asked what I would do, I suggested he go to the football camp that his school hosted before the season started and see what happens.

He came home from the first day ecstatic! He told me of the tackles he made, the blocks, and that the coach had even talked to him about being the center. He was like a completely different player from last season! Why? He finally understood the rules, and started to act with confidence, which allowed him to take chances.

How many of us quit or ignore our finances because we don’t truly understand them. The problem many have with finances is not that they aren’t capable of handling them, but instead may not understand them. Not truly comprehending finances causes us to lack confidence, consistently second guessing ourselves, holding us back.

Knowing this is why Crystal Clear Finances designed a program specifically for women. This program helps women truly understand and comprehend the financial realm; allowing them to have the confidence and courage to take control of their personal finances. Let us help you gain the understanding, confidence, and courage needed in your finances to help you create wealth!

We can help you develop a Crystal Clear Strategy to create wealth, grow your investments and maximize your current financial opportunities.
Learn More

The Power of Investing Webinar

Strategies for Savings: A Round Table Discussion

See all of our free seminars

Investment Advisory Services offered through AlphaStar Capital Management, LLC a SEC Registered Investment Adviser. SEC registration does not constitute an endorsement of the firm by the Commission nor does it indicate that the adviser has attained a particular level of skill or ability. AlphaStar Capital Management, LLC and Crystal Clear Finances are independent entities. The firm only transacts business in states where it is properly registered, or is excluded or exempted from registration requirements. Insurance products and services are offered through individually licensed and appointed agents in various jurisdictions.